The building was designed by the architectural studios Silver Thomas Hanley, DesignInc and McBride Charles Ryan to host the Victorian Comprehensive Cancer Center (VCCC) in Melbourne. The new $1 billion hospital facility looks almost like a modern art museum, with the frontage’s metallic brightness crossed by an intersection of white lines. The thirteen-floors hospital includes a university research centre, surrounded by a public area of 1400 square meters verdant, where exotic and indigenous vegetation alternate. It is among the Australian largest hanging gardens. Over 1200 researchers are housed inside the prestigious hospital, providing 160 beds for patients plus 110 for daily therapies, advanced clinical facilities and conference rooms, eight operating rooms and as many radiotherapy bunkers. There is also a pharmacy, catering services, commercial spaces and modern bar with panoramic terrace – as well as a spacious parking area for cars and bicycles. 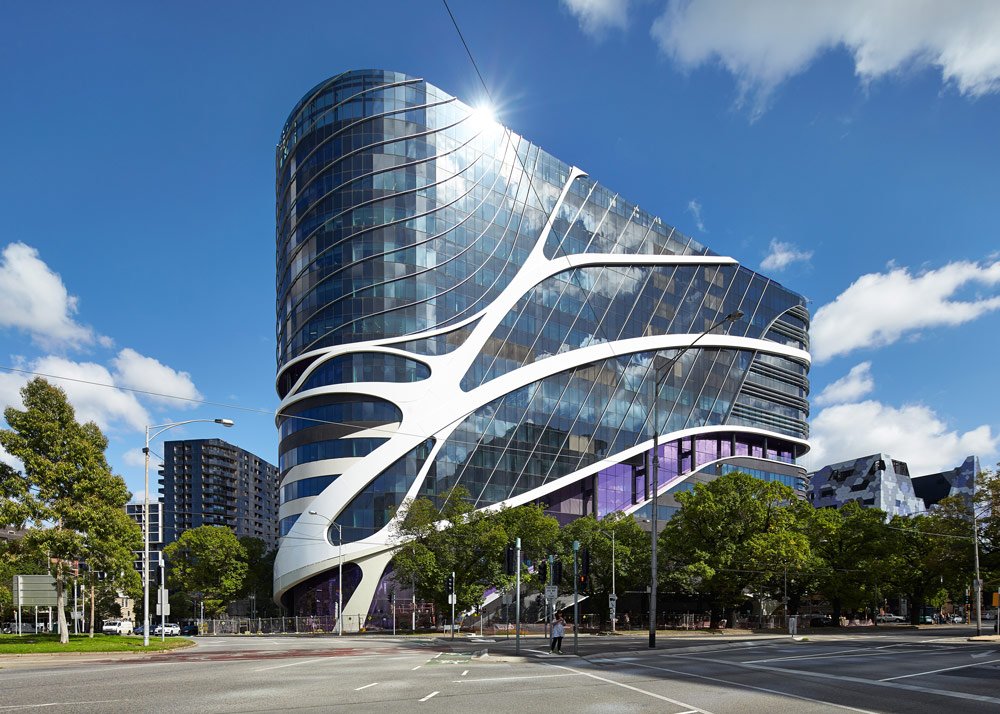 The VCCC was born of an alliance between numerous Australian clinical and academics institutions, including Peter Mac, Melbourne Health, the University of Melbourne, The Royal Women’s Hospital, The Walter and Eliza Hall Institute, The Royal Children’s Hospital and the Western Health.

Link bridges connect the VCCC building to four new floors on top of the Royal Melbourne Hospital (RMH), including the new world class 42-bed intensive care unit caring for critically ill patients from the RMH, the Women’s and Peter Mac.

Located at the intersection of Flemington Road, Grattan Street and Elizabeth Street, the prominent VCCC’s complex presents itself as an international centre for cancer prevention, treatment and research, following tens of thousands of patients every year. Since its inauguration, which took place in 2016, an uneasiness was detected in the atrium – accessible from an opening of considerable height – exposed to unpleasant drafts due to the difference in temperature and humidity between the outside and the inside of the entrance door, making uncomfortable the stay of staff and patients on the ground floor. 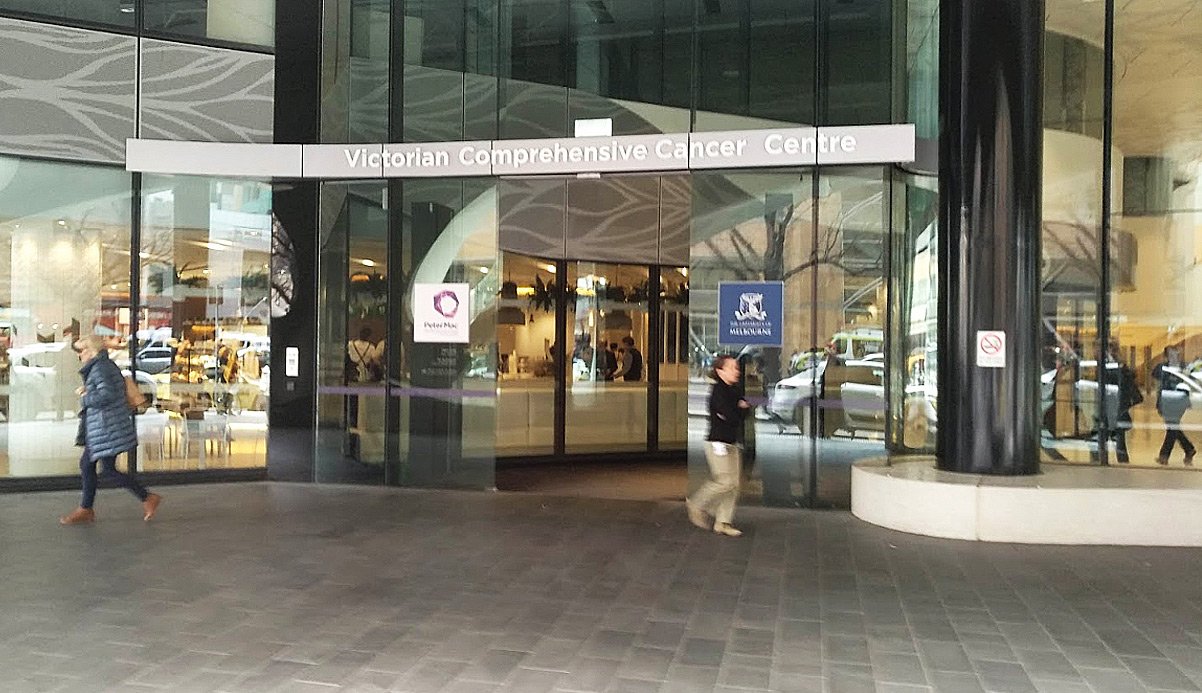 One of the options identified to reduce these effects, were air curtains. The Lehr Consultants and Grocon/PCL engaged with Rosenberg Australia in search of an effective system to manage the difficult task. In this regard, they carried out an analysis on the spot, studying various solutions that eventually led to the selection of an Airtècnics DAM TWIN ECG3000 air curtains system, consisting of two air curtains vertically on the entrance gate, each equipped with three heating stages, EC fans with low energy consumption and low noise levels. This composite solution consists of positioning two vertical face-to-face air curtains, one with a front air jet and the other with a rear air jet, creating a separation zone by double ventilation, recommended for installations in very adverse conditions. The air curtains system is managed by an intelligent Clever control and two independent PCBs, allowing extremely flexible management and operating even separately.

About the design solution, the air curtains have been painted in the same black colour as the building's uprights, to fuse with architecture, integrating into the linear and minimalist design in the authoritative Australian polyclinic. 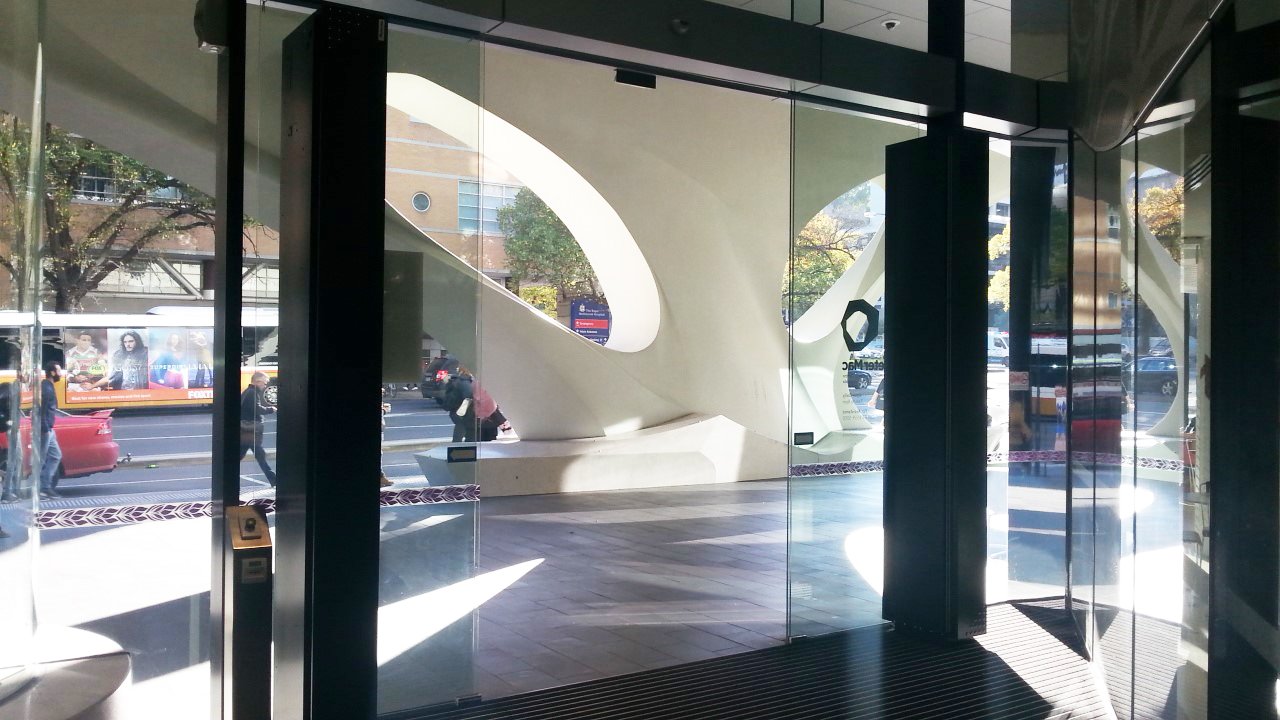 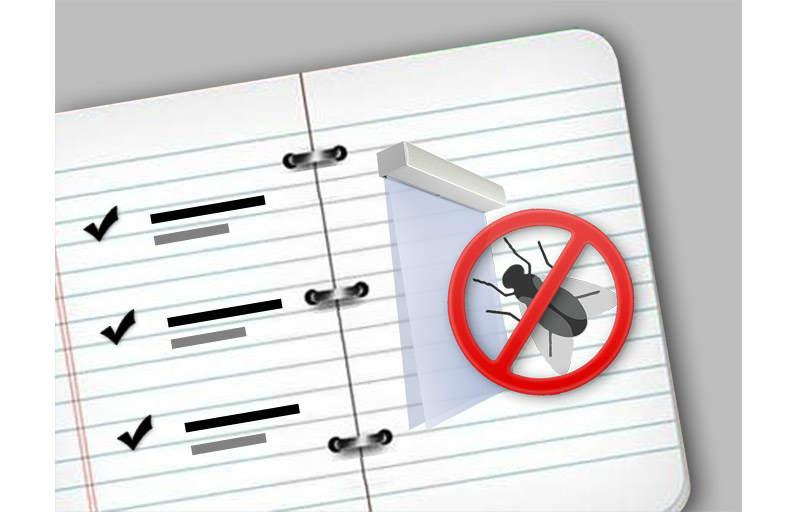 Researchers by the University analyzes the energy savings of air curtains 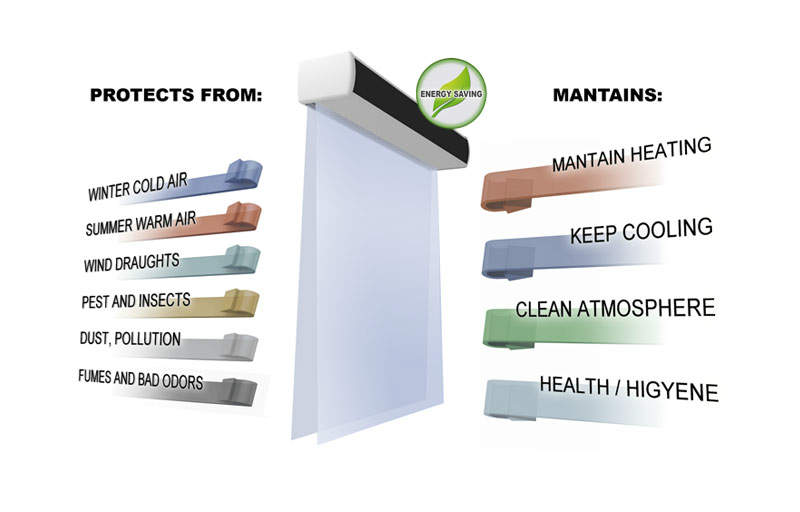 Researchers by the Polytechnic University of Madrid (UPM) have performed a study which reveals that the use of high efficiency air curtains results in significant improvements in efficiency and energy savings.The study, published in the journal Energy and Buildings, analyzes in depth the energy savings and hygrothermal conditions improvement due t... 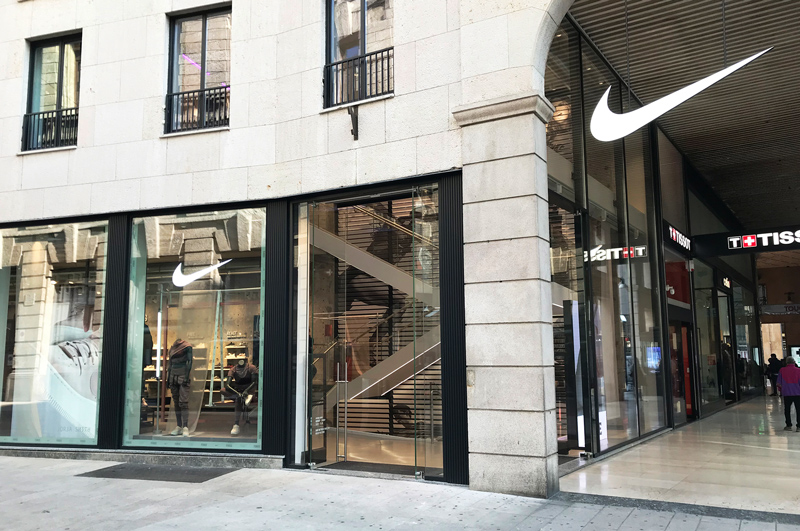 The Nike flagship store recently opened in Milan is the largest store of this famous brand in Italy. It extends over three levels with a total area of 1342 square meters, located in one of the main Milanese shopping streets – in Corso Vittorio Emanuele II. Intended for a wide audience, from professional to amateur athletes, it hosts all the ... 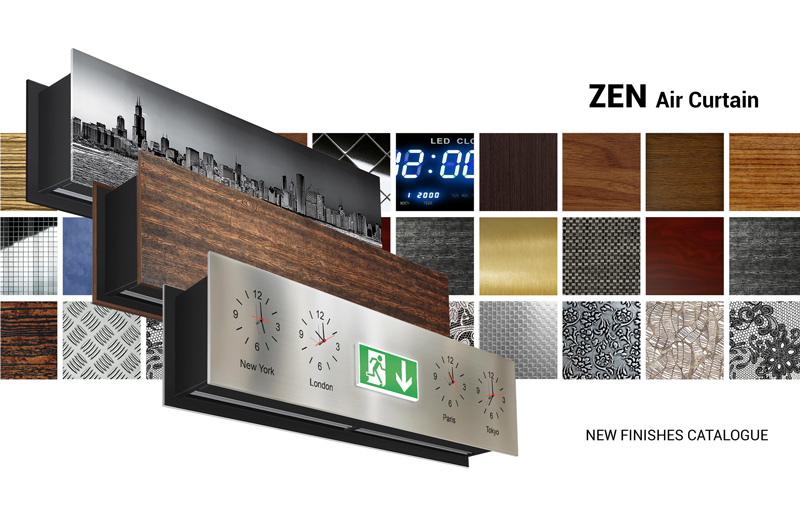